Pilgrim Journey is an uplifting, spiritual voyage that invites listeners to navigate their inherent yearning for hope and inspires perseverance as they anticipate the eternal promise of freedom. The recording highlights Randle’s signature Gospel stylings while capturing an epic, soulful side of her that is reminiscent of artists who have inspired her, including Mavis Staples, Nina Simone, Sister Rosetta Tharpe, The Blind Boys of Alabama and more.

“Pilgrim Journey is such a special project to me because it is a bridge between my roots and my present–a musical coming home of sorts,” stated Randle. “It is an album of lament, healing, forgiveness, love…a journey to unity; and bringing people together is my passion. Getting to work and produce with my musical ‘she-ro’ Cindy Morgan and the amazing musicians and talent she brought to the project were more than a dream come true!”

On February 12, 2022, Pilgrim Journey will be aired as part of a special television offer surrounding Randle’s project Homecoming Favorites and Songs of Inspiration on PBS, Circle TV, TBN, RFD-TV, GaitherTV, TCT, Heartland and CTN. The special will also be aired in Canada on Vision TV, CTS, The Miracle Channel and Hope TV.

Lynda is featured regularly on the Gaither Music TV YouTube channel (over 2.3M subscribers) and on the Gaither Music Facebook page (over 1.3M followers). Pilgrim Journey will be available on all digital streaming platforms, featured on various playlists and marketed through direct-to-consumer initiatives. Songs from the release will be heard on Gaither Radio on Pandora and made available on Gaither Radio on Amazon.

Lynda’s unmistakable alto voice has created opportunities for her to minister across the United States and around the world for the past three decades. She has shared the stage with musical legends such as Andre Crouch and Gladys Knight, has enjoyed the distinct honor of being a musical guest for a Billy Graham Crusade and is deemed a favorite on the Gaither Homecoming Video Series.

In 2005, she won a DOVE Award for her album A Tribute to Mahalia Jackson. Lynda’s intrinsic ability to unite diverse audiences makes both her message and music cross-cultural. This is a theme that can be seen through her individual performances, women’s conferences, books and albums; and her ability to build bridges across audiences has never been more transparent than on this heartfelt recording. 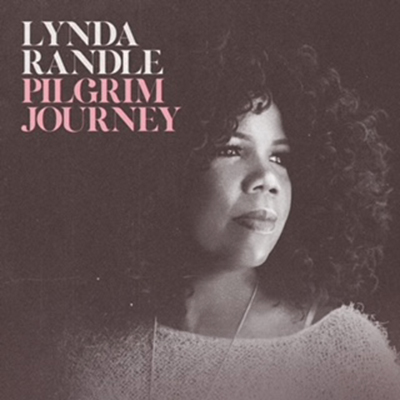